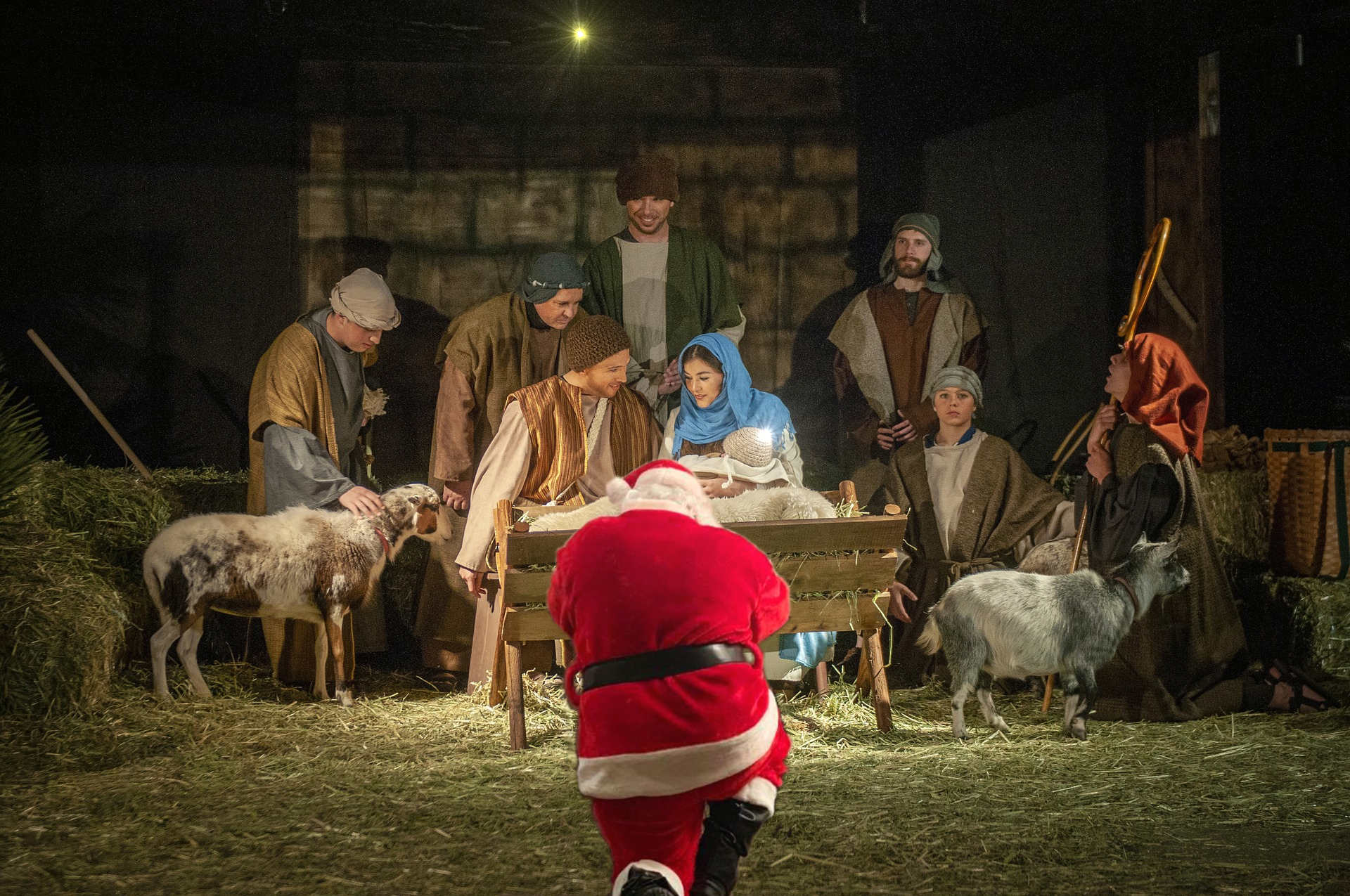 Yes, Santa Claus has indeed met Jesus Christ, the first son of the Omniverse God, on several occasions. This includes the one time Santa was in Heaven upon his death at the hands of the Anti-Claus on December 6th, 343 AD. While in Heaven he was able to witness Christ in his complete magnificent metaphysical form. Although, that wasn’t the first time he met the most famous Demigod and Vice-Lord of the Omniverse. Despite being born almost 235 years after the death of Christ, Santa was able to meet Jesus via time travel. As a Demi-Angel, Santa, or Nicholas at the time, accidentally stumbled upon his developing chronokinetic powers at age 16. He spontaneously traveled fifteen minutes back in time to meet himself.  Naturally 15 minutes before that happened he was shocked to meet his future self.

After that, Santa began practicing time travel but he found the further back he traveled the more energy was drained from him. He also found himself greatly weakened, and in need of ever longer recovery times. At age 19 he finally traveled back to the year 1 AD to meet the Baby Jesus, and officially become a part of the First Christmas! The Three Wise Men Magi sensed his holy nature and he was allowed to approach the Christ child. He technically gave Jesus the first Christmas gift when he presented a rattle he had made. Although it was actually the fourth gift after the Three Wise Men’s presents. When Santa was 24 he visited Jesus in his 30th year of life. Jesus had complete knowledge of Saint Nicholas’s importance in the future. They discussed the state of reality and the destiny of humankind. Read The Rest Of The Story…🎅