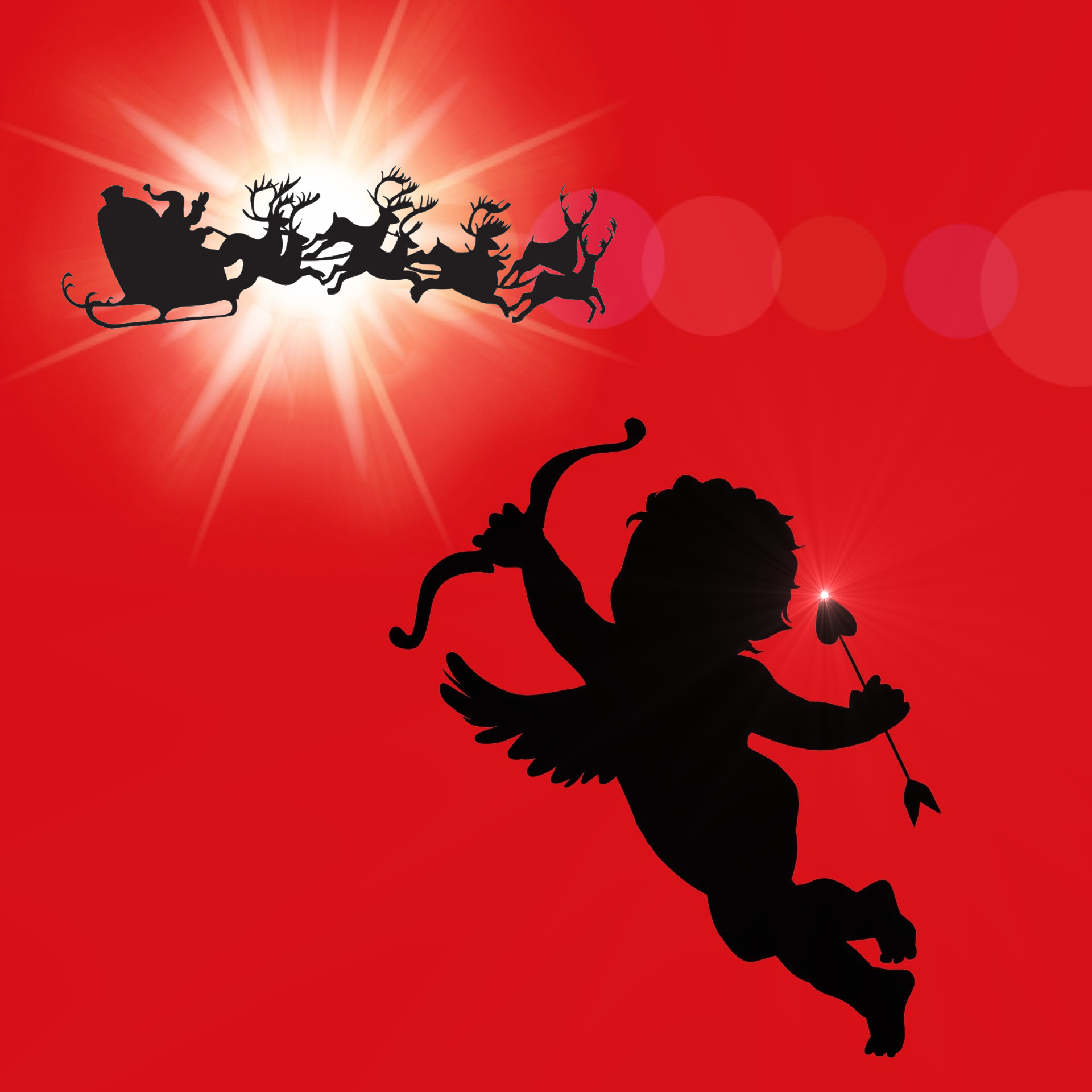 In the early morning on Valentine’s Day, Saint Nicholas greeted Saint Valentine himself. The Angel Saint descended from the starlit Heavens above in a glorious glittering array of red. pink, and white illumination. The lights manifested not only into the Saint Of Love but also an armada of Cupid Angels as well. The Greek Love Goddess Aphrodite appeared not long after with her own Cupid deities. She is an ally of Valentine and aids in the spreading of love and pairing up of soul mates on February 14th. The Cupids met with Elves and other citizens of North Pole City while the Saints and Goddess discussed various important supernatural affairs. This included the lack of love in the world that had given the forces of darkness an alarming edge in their quest for global domination.💝 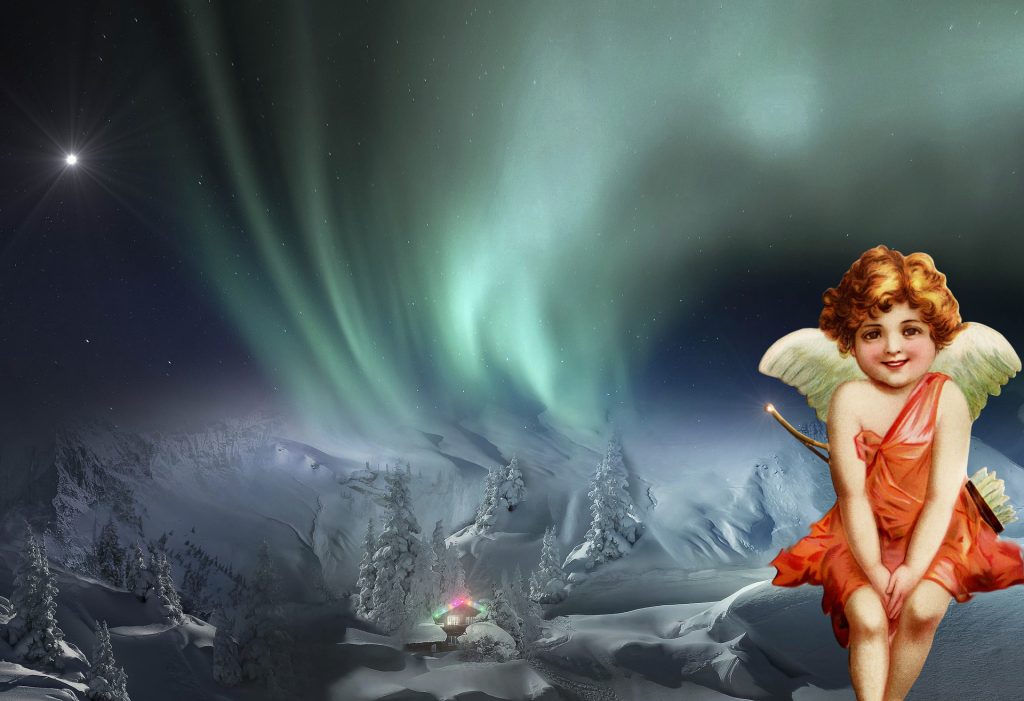 Santa Claus was kind enough to offer up some enchanted energy from The Spirit Of Christmas in order to supplement The Spirit Of Valentines. This was metaphysically facilitated through the tie that binds the two holidays together. That being The Christmas Cupid. The Goddess Aphrodite decreed that her Cupid Adora should become a permanent resident of North Pole City to further amplify love around the world through the Christmas Spirit. This particular Cupid always had a love for Christmas and fits in well with the Elves due to her diminutive cherub nature. Adora acts as the Love Ambassador of North Pole City. She’s also the official emissary to the Love Goddess Aphrodite and Saint Valentine. When visiting she can often be seen fluttering about ready to softheartedly smite unsuspecting visitors with her arrows of amity. 👼

After their discussion at Claus Manor, Santa treated his honored Valentine guests to a big breakfast at the Banquet Hall where most North Pole residents were in attendance. Saint Valentine gave a brief speech before bidding everyone a fond farewell. He and his enchanted entourage teleported away into a kaleidoscope of dazzling luminary displays. Immediately afterward Santa and Mrs. Holly Claus set off on their annual Valentine’s Wedding Anniversary Vacation. They’ve enjoyed 207 years of wedded bliss since they married on February 14th,1815. The Christmas Couple flew by reindeer-powered sleigh to Geneva, Switzerland for their week-long vacation before returning to North Pole City on February 21st.💘