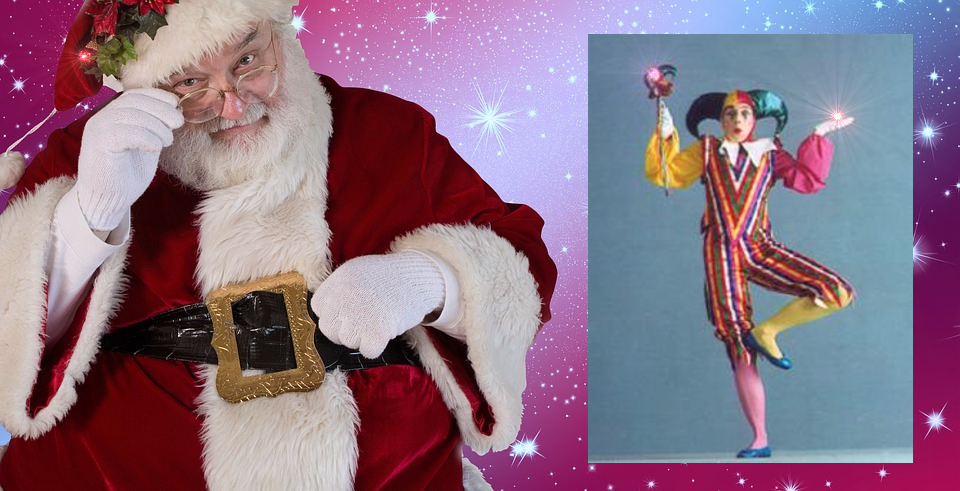 April Fool’s Day at North Pole City is merrier than usual as little Elfin pranksters run amok! The Enchanted Elves replace their normal winter tasseled hats with goofy jesters caps. These jolly jokers then perpetuate pranks and spread silly jokes among fellow Elves, other Christmas citizens, visitors, and even Santa Claus himself! This is not only good clean fun but also bolsters the Spirit Of Merriment that contributes to the greater Spirit Of Christmas. Naturally, even coming from the Christmas Capital the fun fosters its fair share to The Spirit Of April Fools. The Spirit is generally a force for good in the enchanted world.

Santa Claus has never met the elusive leader of April Fool’s Day until April 1st, 2019. The Trickster known as The April Fool got his paranormal power from the Norse God Loki. The Fool is clad in jesters clothing with a mission to perpetuate pranks both simple and elaborate upon unsuspecting individuals. When done to those who are good it is an honor to be joked by the happy harlequin. Sometimes those who are a little too self-righteous truly deserve to be embarrassed and humbled. These pranks are often harmless and lighthearted. When it’s done to those who walk the path of darkness then the pranks can be quite malicious with a sense of grand justice. However, in the end, not even the evil ones end up physically injured or die by the hand of the funny Fool.

Does Santa Deserve A Lighthearted Or A More Malicious Prank?

Santa Claus is a Demi-Angel of righteous justice who has always fought to not only protect humankind but also to instill happiness in their hearts. However, he has always striven to be humble and not acquire a bloated ego. As plausibly one of the most powerful physical beings on Earth, it would be easy for him to have alarming arrogance. So The April Fool pranking Santa would probably come from a place of admiration and respect. Really the Fool is a crazy clown and his seriousness is only seen in his silliness! Santa has mentioned on a few occasions he would be honored to be pranked by the Fool.

The April Fool probably never pranked Santa until now because he isn’t a complete Fool and is cautious when going up against powerful entities. There’s also a protection spell on North Pole City he may not have been able to penetrate while keeping all his powers. Not to mention the constant pure holy light of the Christmas Star. Unfortunately, for the Fool, Santa doesn’t seem to ever leave the Christmas Capital on April 1st by sheer coincidence. It seems Loki got extra cozy with some Winter Goddesses who frequent the North Pole. He wanted to reward the Fool for his wonderful years of service by letting him prank the quintessence of goodness on Earth. The Winter Deities granted North Pole access rights to The April Fool. Read The Rest Here…

Since his first arrival on All Fools Day 2019, The April Fool has returned each year to prank Santa Claus and other North Pole Citizens…