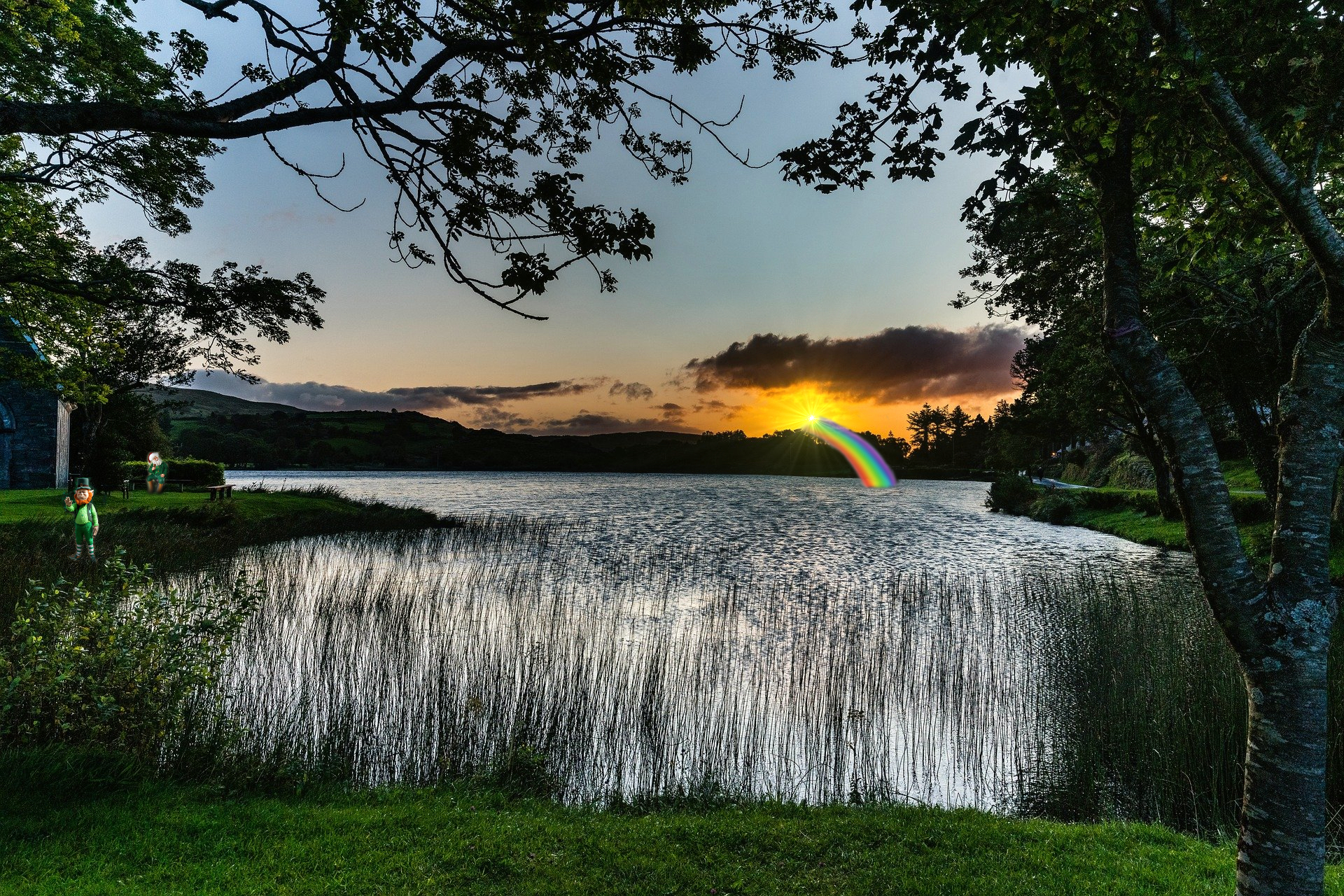 On Saint Patrick’s Day Saint Nicholas, aka Santa Claus, & Mrs. Holly Claus along with their children, Nick, and Mary, traveled to the heart of Ireland. There were also three Elves who came along for the ride. There they visited the secret stronghold of the Leprechauns. Santa’s normally bright red sleigh was magically tinted glimmering green with glittering gold runners in honor of the luckiest Lilliputians on Earth! The sleigh mystically pulled by nine levitating reindeer flew across sunny Irish skies and followed a mystical Rainbow to its supernatural end. There Santa gracefully landed in a field of shimmering shamrocks near the magically cloaked Leprechaun Village in the early afternoon. He met with the Leader Of The Leprechauns, King Lochlann, who gave the Claus Family the grand tour of their enchanted enclave including the crystal clear Lucky Lake at the center.

Lucky Lake is the largest natural magical wishing well on the planet.  The entire lake bed shimmers brightly from all the gold coins lining the bottom. Santa threw in his annual ceremonial gold North Pole coin and made an undisclosed wish. Lochlann then blessed Santa & his holy family with fantastic fortune in an ancient traditional Leprechaun luck ceremony. Santa was presented with a bag of Supernatural Shamrock’s, and Lucky Charms. No, we’re not talking about the cereal here folks! A flock of Leprechauns was milling about as they conversed with Santa’s enchanted Elves. Leprechauns share a kinship with Elves as they evolved from the same supernatural species. Read The Rest Of The Saintly Story At Mystic Investigations Christmas Blog…🍀