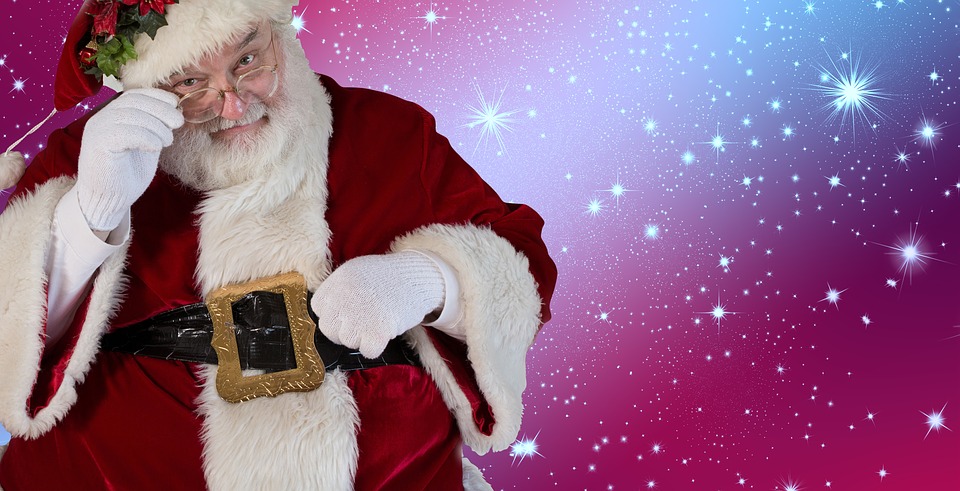 Santa Claus, his nine enchanted reindeer, and three helper Elves successfully completed Christmas gift deliveries at about 4:00 AM on December 25th. For various parts of the journey special guests rode in the flying sleigh aiding in the spread of Christmas cheer. This included Human Elf Cäsar Jacobson. As he flew about the world he encountered the Anti-Claus with his own flying sleigh pulled by hell hounds and a werewolf. The Dark Claus’s efforts to destroy Christmas failed once again along with that of Krampus later in the morning. The first and last gift of Christmas are officially delivered at North Pole City to honored guests. Naturally Santa does this on foot. Once the last gift of Christmas was given Santa promptly went home to Claus Manor where Mrs.Holly Claus had a grand slam breakfast smorgasbord waiting for him to inhale with glorious glee!

Afterward Holly, and their kids Nick, Jr, and Mary opened their own gifts under their Christmas tree. This includes supernatural deliveries that took place as Santa was out delivering his gifts while his family was fast asleep. These deliveries include Santa’s Human ascended Angel Mom Marcia, his Archangel Dad Sarandiel, Father Time, Goddess Gaia, and Santa’s own Santa! That Santa being the Demigod Jesus Christ! After that Santa will catch a quick nap before consuming a super lunch and two titanic Christmas dinner’s. One early in the evening at Claus Manor and one later on at the North Pole Banquet Hall where all residents and guests will attend a massive Christmas festival. He generally goes to bed as the the December 26th Witching Hour approaches. Merry Christmas To All And To All A Nifty Night!🎅