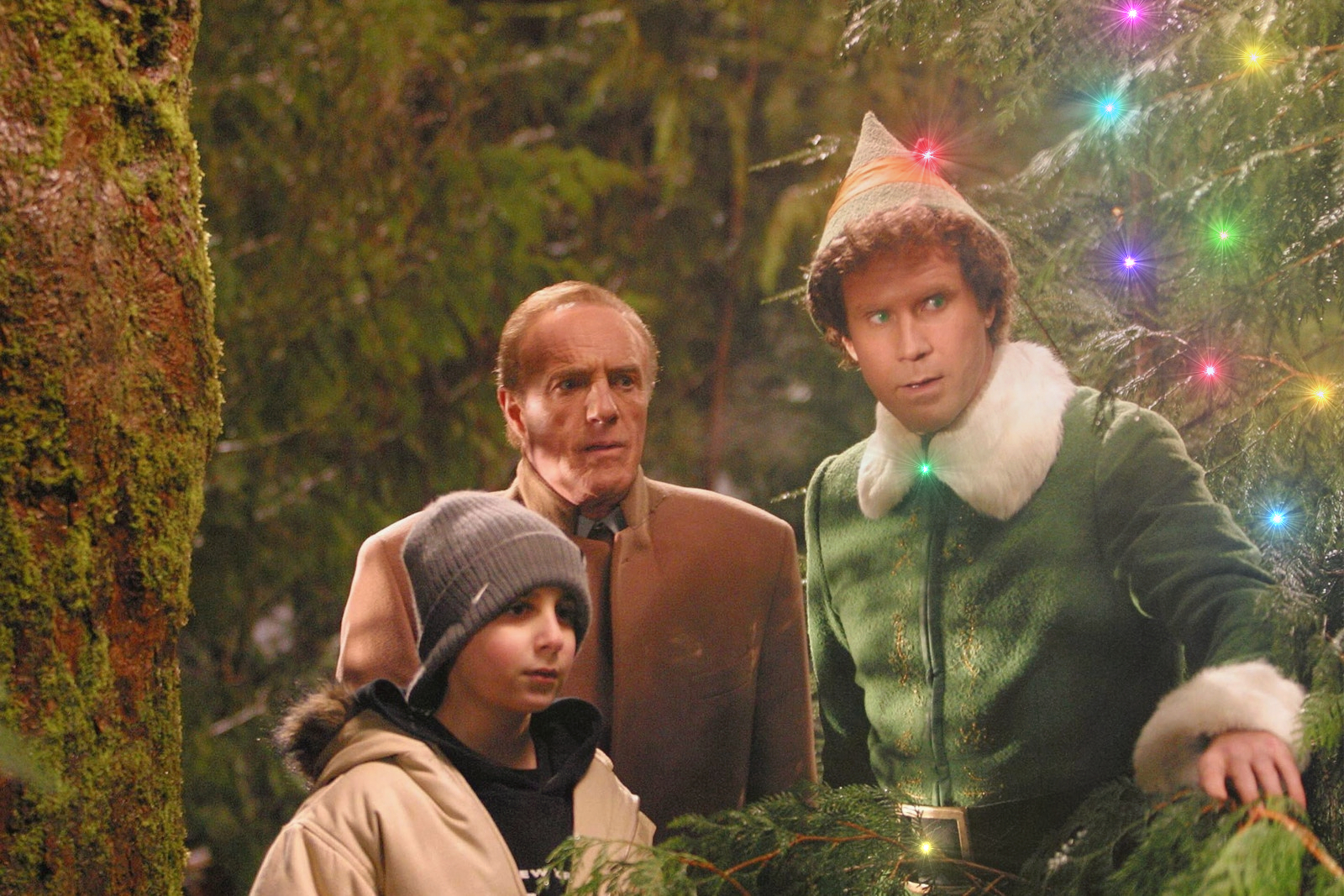 The movie “Elf“, Starring Will Ferrell, is the story of an orphaned human baby who is raised as one of Santa’s Elves at the magical North Pole Capital Of Christmas.  An unnamed celebrity in the paranormal community who is a regular guest of North Pole City learned of the true “Elf” story and then gave the idea to “Elf” Screenplay Writer David Berenbaum.  David then built his own Buddy The Human Elf story around the real one because the rights to the original story are held by Santa Claus, and the Human Elf.  However, Santa does give people permission to create similar stories around the true ones. To some extent, the Supernatural Secrecy Pact could be in play but realistically nobody would believe such stories are real anyway.

Mrs. Claus Come Along For The Christmas Eve

In truth, the real “Elf” was technically Santa and Mrs. Claus’s first child. Although be it an adopted one. On Christmas Eve of 1888, Mrs. Holly Claus wanted to come along during Santa’s present deliveries that included the usual three Sleigh Managing Elves who assist Santa.  There are certain dangers with her coming along as she was merely a Human at the time who had to be magically protected against the stresses of flying a light speed-teleportation sleigh. There are also potential attacks from various dark supernatural beings. Even in her current status as an Immortal Human these supernatural stresses would still be an issue. The magical protections required things to be slowed down which can also make Santa more vulnerable to the Anti-Claus, Krampus, or other destroyers of Christmas. Since most of these dark Christmas entities were beaten back sufficiently in 1888, it was somewhat safe for Mrs. Claus to join Santa.

A Christmas Trip To The Orphanage

Mrs. Claus only came down the chimneys of select places with Santa. That included a religious orphanage in New York City where she greeted some of the babies in their cribs as Santa delivered gifts.  The Priest who ran it actually knew Saint Nicholas so there was no violation of the Supernatural Secrecy Pact.  Mrs. Claus took an automatic liking to one baby in particular and she rocked him gently in her arms.  When it was time to go she asked Santa if they could take the child back to the North Pole to raise as their own.  This was before the Angelic Heavenly hierarchy intervened to grant them children of their own. Immortals such as Santa can’t have children naturally despite an Angel being able to have one Immortal child with a human.  It’s nature’s way of preventing the Earth from being overrun with Immortals thereby overshadowing the predestined story of Humanity.

The Priest had no objection to the adoption but Santa regretfully said he was forbidden from bringing a human to North Pole City who did not find their way there on their own.  This was another amendment of the Supernatural Secrecy Pact.  She was quite melancholy over leaving the child behind in his crib.  Her sobbing in the back of the sleigh made the rest of the delivery schedule a real downer.  Santa and the Elves tried to console her but she just couldn’t forget the adorable little baby boy.  However, she eventually kept a stiff upper lip and fell silent so as not to hinder Christmas in any way.

Later on, during Christmas Morning Santa was enjoying his first post-delivery meal. A behemoth of a breakfast fit only for a powerful Human-Angel Hybrid like Saint Nicholas.  Mrs. Claus barely touched her hotcakes laden in peppermint syrup and butter made from reindeer milk. Nearby a plethora of Elves chattered and chowed down with glee. Suddenly everyone fell silent and stopped inhaling their sugary food as the subtle sounds of a baby cooing could be heard. Santa uttered, “What in the seventh Heaven is that?” Everyone walked over to Santa’s giant red velvet sack that should have been empty after being drained of all Christmas toys. The bag was moving and suddenly a baby came crawling out smiling at everyone. It was Mrs. Claus’s baby boy from the orphanage! The child had somehow miraculously left his crib and entered the bag in the short span of a minute! He managed to stay hidden in the bag throughout the rest of Santa’s deliveries due to it being a four-dimensional bag. It had virtually unlimited space within so the child was probably crawling about what appeared to be warmly lit corridors for hours before finding his way out. Read The Rest Of The Story…🎅